Gerard Malanga, MD Speaks out on Questionable Studies and Journals

Learn More About
Your Doctor
Request An
Appointment 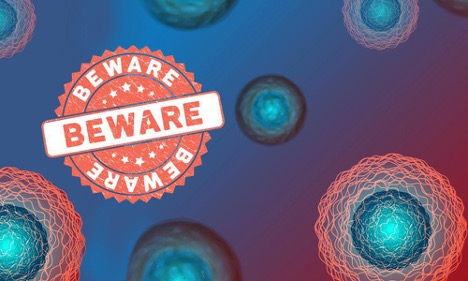 As many of you know, I greatly encourage the collection of any type of data in the area of OrthoBiologics. Everyone in this area is well aware of the lack of sufficient data to fully support these treatments. Unfortunately, there are some studies that have been published with data that tries to support what an individual network of clinicians are doing in their practices which are somehow published in questionable journals. These articles often begin with a large number of subjects which initially makes the paper seen impressive; however, when looking at the final outcomes the date presents only a small percentage of patients that are initially treated. The authors of these studies then present data only small percentages of study subjects without accounting for the large amount of subjects lost during the study.

A gross example of this is found in a recent study by Berman et al published in the Journal International Journal of Stem Cell Research and Therapy: Berman et al. Int J Stem Cell Res Ther 2019 (DOI: 10.23937/2469-570X/1410064). This paper presents information from patients who have been treated at Cell Surgical Network, a network of physicians using stromal vascular adipose tissue in the treatment of patients suffering from osteoarthritis knee pain. They describe that 2,586 patients were enrolled in this “study” a describing patients receiving injection of stromal vascular adipose tissue into the knee without using standardized techniques and with various other additional treatments that included IV infusion of the cells as well as concurrent injection of PRP. They note that “due to the high number of patients included in this particular study, responses to the WOMAC questionnaire proved futile.” In essence, they essentially felt that they could not carry out the study and therefore submitting this for publication is nonsensical. This "study" is presented as a "prospective study" although it is more a case series with variable methods noted in the Materials and Methods section. This includes: some patients receiving both a joint injection and intravenous infusions, joint injections with and without platelet rich plasma; variable methods of injections includes either palpation guided versus ultrasound-guided, etc. Thus there is no true standardization of the methods used in these treatments. The treatments are provided by practitioners in this network from all over the country. Although 2,586 patients were initially enrolled at ONE MONTH, only 1,643 "responded" and at one year, the number of patients included was down to 615 i.e. less than 25% of the patients who enrolled. This is an incredibly high dropout rate with data that that is presented on only 25% of those were initially enrolled !!! In figure 4B, there is an impression that there is appropriate data at one and two years although the patient numbers now have declined at two years to 31 knees on the left and 38 knees on the right. Figure 5 has additional data that is extended to three and four years which according to table 1 consist of 57 patients at three years, 15 patients at four years and for patients at five years. Once again, it is incomprehensible how this could be presented as actual scientific data as these numbers represent less than 1% of the total number of patients enrolled in this study. No conclusive statements should therefore be made related in this small subset of patients who received a hodgepodge of different types of treatment. The investigators try to throw in some type of scientific basic science which includes cell counts and then state within the discussion that "cell counts were done on all specimens collected however they weren't correlated with flow cytometry so there was no way of gouging any value in the data." Perhaps the only thing of even small value is the fact that in the final number of patients that they collected data on there were no serious events noted. The authors report incredible results such as noting "82% overall improvement". This is not only not valid but not consistent with any other type of study using adipose derived cellular procedures.

Therefore, this study is essentially a non-publishable study that has been “published”. It is important that the International Journal of Stem Cell Research and Therapy should require some sort of standards prior to publication if it wants to be considered a valid medical Journal. The data presented in this paper consists of nothing more than anecdotal experiences of a certain number of patients who happen to complete outcome forms without any attention to adequate methods, data collection and appropriate statistical analysis (which in this case should have been none). I was going to consider adding this to the infographics I have been together supporting adipose cellular procedures for orthopedic conditions; however, it would not be appropriate to include this as a “study” and therefore it will not be included in this infographic.